Natalya is a classically trained Russian born pianist who started playing the piano at just five years of age. Since moving to Australia from her native Estonia at 13, Natalya went on to study at Mitchell Conservatorium on a scholarship for three consecutive years. She has obtained the prestigious L.mus.A while still in high school and has gone on to perform solo recitals as well as playing in countless musical theatre productions and occasional symphony orchestras.

Natalya has been producing her own pop culture solo concerts since 2018, with her debut concert entitled WORLDS CONNECTED: Music from Final Fantasy and Kingdom Hearts which received rave reviews and dubbed Natalya as “a unique artist to keep an eye out for”.

Natalya’s second concert named NATALYA PLAYS: Studio Ghibli – Chopin Style premiered in Sydney in August 2019, then going on to tour to Adelaide in November 2019 and Melbourne in February 2020.

February 2020 saw Natalya debut her Adelaide Fringe Festival show Anime ‘n’ Chill – A Piano Concert for which she earned a five star review in The Advertiser. The concert celebrated some of the most iconic music in the anime genre throughout the decades and played to a packed theatre of thrilled listeners each night during its limited run. In 2021 Natalya brought the show back to the fringe as well as added a brand new 8-bit ‘n’ Chill – A Piano Concert to the mix, which celebrated the most stunning music from video games.

Natalya is a full time freelancer and creative entrepreneur. With 18 years of accompaniment experience behind her, she has established herself as one of Sydney’s leading piano accompanists having also worked with esteemed choirs and some of the top up and coming musicians. Having extensive experience performing many styles and genres, Natalya has been described as “that rare type of versatile pianist who can sight read anything note perfect and is proficient in any style”.

Relocated from Sydney to Adelaide in 2019 and back again in 2021, Natalya can be found travelling interstate for work regularly as well as having an active online presence, namely on her YouTube channel and on social media. 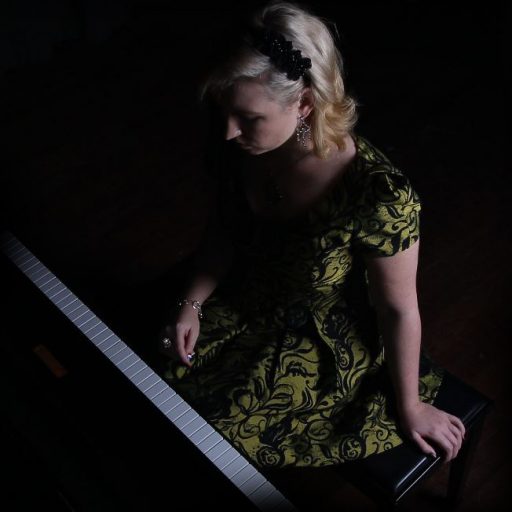